For many years, Wondershare Filmora has remained one of the most popular user-friendly video editing applications for Windows and macOS. From an easy-to-use timeline-based interface to a built-in media library, Filmora offers a plethora of features that allow YouTubers to streamline their editing process. In 2022, Wondershare released the new Filmora 11 and it has got some pretty interesting upgrades over its predecessor – Filmora X.

The company had customized the editing tool to meet several requirements of many content creators – especially YouTubers. It’s no secret that not all YouTubers are professional editors and the majority of them can’t work with complex editing software like Adobe Premiere Pro or Final Cut Pro. This is where Filmora video editor comes into the picture. It has all the necessary features one would need to create high-quality YouTube videos and keep its viewers engaged.

But, Filmora 11 as good as its predecessor, and can it handle the workload of a YouTuber? Should you use it as the primary editing software for your YouTube channel? In today’s blog, we’ll take a closer look at all the new features of Filmora 11 and understand why it’s the best video editor for YouTube.

Filmora’s easy-to-use editing panel has always been one of its biggest USPs. This time, Wonderhsare has further enhanced the software’s user-friendliness and made the editing panel more intuitive. With drag-&-drop functionality and an extensive media library, anyone can start editing videos in Filmora right away. Furthermore, a well-optimized timeline makes it easier to compile multiple movies together and create a visually appealing YouTube episode.

In case you’ve used Filmora video editor in the past, you might be familiar with Filmstock – the built-in royalty-free media library for Filmora. With Filmora 11, Wondershare has further enhanced the Filmstock plugin and introduced several new elements that’ll make your video editing more creative. For instance, you’ll find tons of new video effects, titles, royalty-free songs, and various transitions. The new version of Filmora also offers FX plugins including Boris FX and New Blue. These plugins will help you utilize motion graphics to their fullest and make your videos more engaging.

Yes, that’s right. Wondershare Filmora can record the screen as well. The screen-recorder feature is free and allows users to record their screen and webcam simultaneously. This feature becomes pretty useful for YouTubers who upload gaming content or tutorial videos on their channel.

Instead of using a comparatively more complex tool like OBS, Filmora screen recorder will allow YouTubers to record their screen with zero hassle. This makes it one of the best video editing software for YouTube, especially if the creator doesn’t want to deal with a complex setup.

Do you want to uplift your editing style? If yes, then Filmora video editor has got you covered. The speed ramping feature will allow you to adjust your video’s playback speed using keyframes. With speed ramping you can either speed up or slow down a clip and make your transitions to keep your viewers engaged. 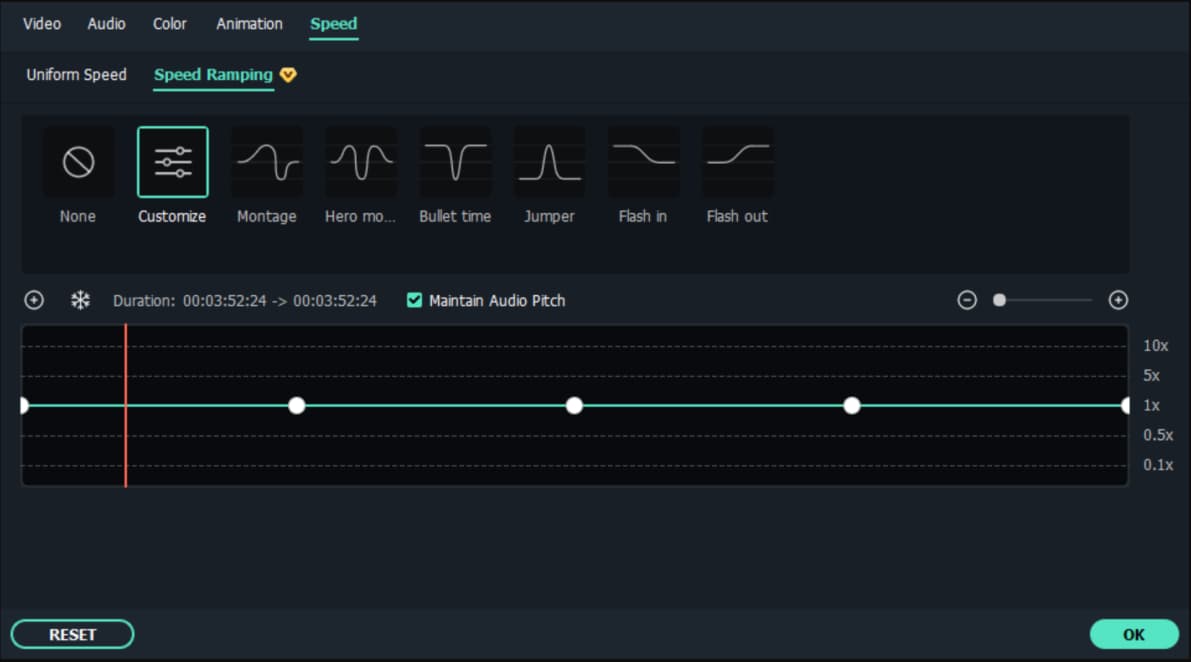 Even if you’re just getting started with video editing, speed ramping in Filmora is something you’ll be able to learn easily. Dozens of online tutorials will teach you the best ways to implement speed ramping in your videos.

As a YouTuber, it’s safe to say that creating a stunning video all the time is not easy. Sometimes people don’t have ideas to create a story from their raw clips. That’s when the Instant Mode will help. It’s a brand-new feature in Filmora 11 that’ll automatically create a video from your clips. All you have to do is upload those clips and let Filmora do its wonders.

If you’re an experienced video editor, you may already know that masking can be one of the most effective tools to create customized transitions and achieve the desired cinematic look. Well, Filmora 11 now supports the masking of keyframes. For readers who don’t know, you’ll be able to create masks using keyframes to add a custom transition between two different clips. You have the liberty to choose from different shapes while creating these masks. 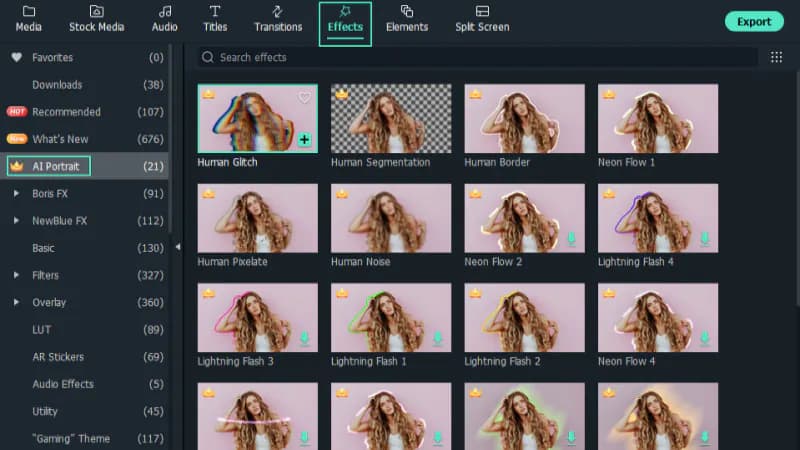 For many YouTubers – mainly gamers and people who create videos inside studios – using green screen is an integral part of their filming process. Filmora video editor supports complete green-screen editing and AI portrait feature. By implementing AI portrait, editors can simply isolate the primary subject and then replace the green screen with a different background or a custom video effect. In short, they won’t lose any data from the foreground and their videos will look extremely professional.

Now, when it comes to pricing, Wondershare Filmora is one of the most affordable video editing software for YouTube that also boasts a plethora of editing features. Let’s explore different pricing plans that you can choose from while signing up for Filmora’s subscription plan. And students can enjoy special discounts as well.

So, that concludes our in-depth review of the brand new Wondershare Filmora. Looking at its features and a revamped user interface, it’s safe to say that Filmora is the best video editor for YouTube. Whether you run a gaming channel or create travel-related videos, Filmora 11 will help you create stunning videos and keep your viewers engaged.