Recently released Chrome 94 comes with a controversial Idle Detection feature enabled by default on desktop and Android. Websites can use it to track user inactivity. Mozilla and Apple opposed the API due to privacy concerns, but Google went ahead and released Chrome 94 with it.

What is Idle Detection API

Idle Detection API allows websites to detect when you’re not using the device.

“The Idle detection API notifies the developers. when a user is idle, indicating such things as lack of interaction with the keyboard, mouse, screen, activation of a screensaver, locking of the screen, or moving to a different screen. A developer-defined threshold triggers the notification”

Chrome team believes this will be useful for chat applications to deliver timely notifications to users.

Google has mentioned the following use cases:

Mozilla considered Chrome Idle Detection as harmful, while Apple as negative for Safari.

Apple has expressed fingerprinting concerns and worried, the Idle Detection API could be used by websites to mine bitcoins

“Our concerns are not limited to fingerprinting. There is an obvious privacy concern that this API lets a website observe whether a person is near the device or not. This could be used, for example, to start mining bitcoins when the user is not around or start deploying security exploits, etc.” Apple’s Ryosuke Niwa said .

How to disable Idle Detection in Chrome 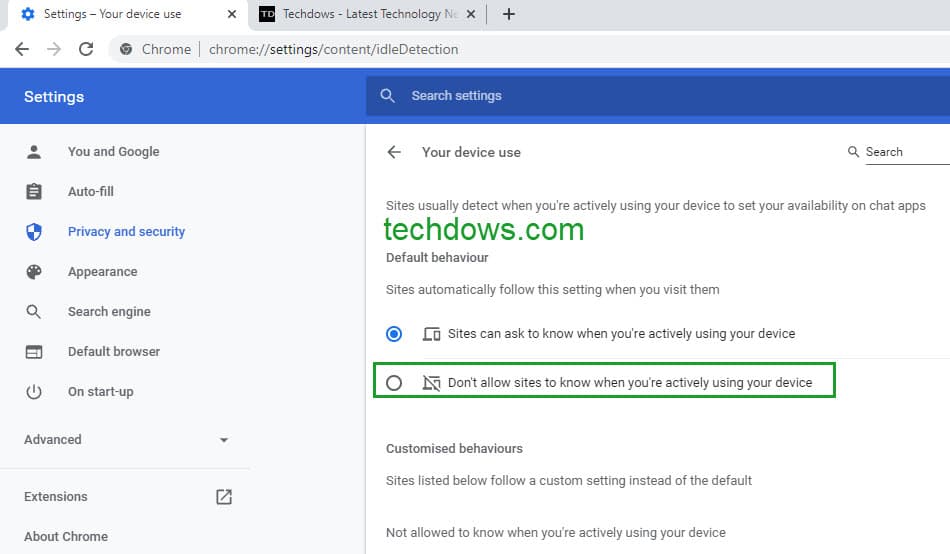 What’s your take on Chrome’s idle detection API? Let us know in the comments below.

Chrome Incognito mode gets a new design on desktop