Recently Microsoft Defender has started flagging CCleaner as Potentially Unwanted Application, CCleaner users using Firefox are now facing a new issue. If you run CCleaner, behind the scenes, it is now clearing Firefox extensions Settings data, this is due to the new Storage sync Mozilla implemented in Firefox 79 which CCleaner simply doesn’t aware of to comply.

The issue has been reported to Piriform in July when Firefox was in Beta, but still, even after stable release, no action has been taken which now resulting in users to lose extensions data including popular ones such as NoScript.

If you sign to Firefox Account and sync extensions and other data to various devices, starting Firefox 79 “items that extensions store in this (Storage.sync) area are automatically synced to all devices signed in to the same Firefox Account”.

With the changes to Storage sync in place, when an extension tries to access storage sync data in Firefox for the first time, extensions data stored in profiles will be automatically migrated and the data will be stored locally in the new “storage-sync2.sqlite” file in the profile directory. 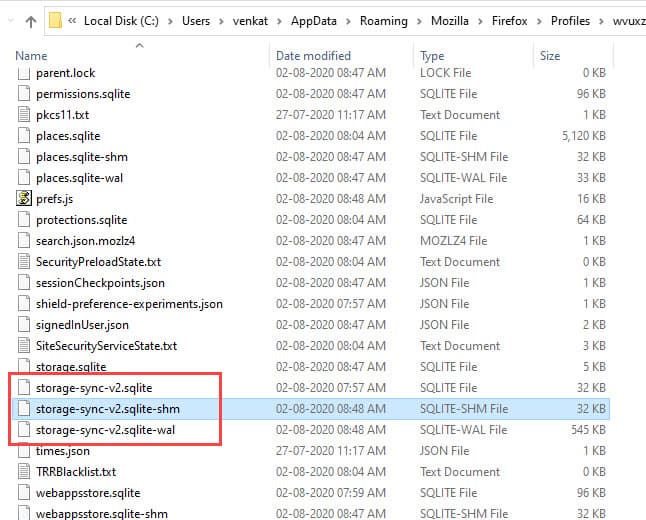 As CCleaner cleans Firefox Internet cache by default (unless you uncheck it in the CCleaner UI for Firefox under Applications tab), it is now deleting the last two files mentioned above. 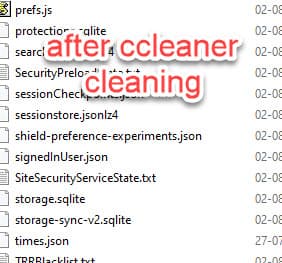 You need to exclude Storage-sync-v2-sqlite-shm and storage-sync-v2.sqlite-wal files from cleaning. You can add those two files in Exclude dialog. Latest CCleaner version has fix included for this, you just need to upgrage to it to avoid this issue.

UPDATE August 3, 2020: Updated the instructions in the article to suggest exclude files command should be added to ccleaner.ini file instead of to files in Exclude UI of CCleaner options.

UPDATE August 6, 2020: Piriform has told techdows that the issue will be addressed shortly with an upcoming update.

UPDATE August 7, 2020: Piriform released CCleaner 5.70 with a fix to the issue, you can find more details here.