Yesterday released Firefox 78.0 has broken search in Firefox and the list of search engines no longer appears in Settings after installing the update. Mozilla is quick to realize this and is releasing Firefox 78.0.1 today to address the issue.

Firefox comes with these search engines: Google, DuckDuckGo, Bing, Amazon, and Wikipedia. Users use the address bar to visit the websites and perform searches

When the search engines are no longer available in a browser, a lot of things could break, that’s what happened with Firefox 78.

Mozilla received a bug report from a user which says, after updating to Firefox 78.0 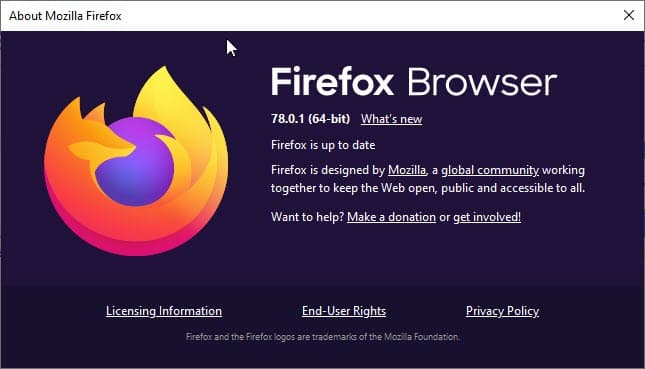 The company upon further investigation found the local database they use to store search engine data is not working.

According to the bug, Mozilla said this is because Firefox Search service now uses remote settings in 78 and if IndexDB doesn’t work, the search will stop working and the other things as well.

The search service is now using remote settings in 78, and if indexed DB isn’t working, that stops that and a lot of other things from working.

What this means that the update has broken Storage and the Search too in Firefox.

As of now Firefox 78 is no longer offered via automatic updates, shortly all users will receive Firefox 78.0.1 that contains the fix for ‘search engines gone’ issue.

“Fixed an issue which would cause installed search engines to not be visible when upgrading from a previous release “, release notes (not yet live) informs.

Fix Firefox 71 does not start after update