Recently released Firefox 69.0.2 update which fixed the Parental Control detection issue on Windows 10, is causing another issue. With the update installed and Parental Controls enabled in Windows 10, users not able to download files in the Firefox browser, they’re failing and empty files with size 0 kB are shown in the download folder.

Firefox 70 beta 11 or later, is also affected. Mozilla has paused the 69.0.2 rollout and is investigating a fix for this and recommends users not to update to this version until they ship a fix. Meanwhile, if you’re affected, Mozilla suggests removing members from the family group as a workaround. 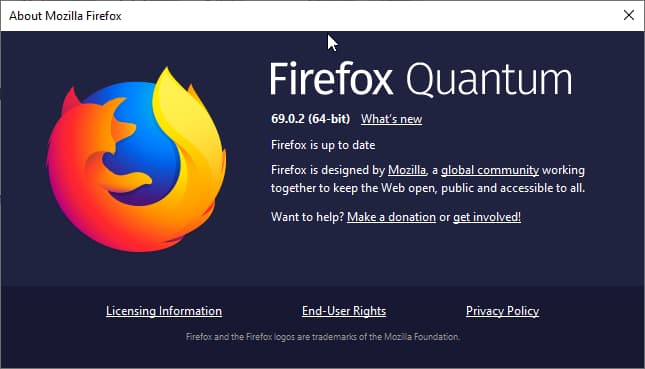 Here is what happened?

Two days back, Mozilla has shipped second dot release for Firefox 69 with fixes to crashes when editing files on Microsoft Office365 sites and when playing YouTube videos in Linux.

The update also ensured Firefox able to detect Parental Controls status on Windows 10, this being done for DNS over HTTPS they’re planning to rollout to users in the US. The company said previously Firefox honors content restrictions if any in place and won’t enable DoH when they’re enabled in the system.

Firefox team has found browser is sending Prefers: safe in the request headers when accessing any website without any issue on Windows 8.1 and Windows 7 when content restrictions are on, that’s not the case with Firefox on Windows 10. The company has fixed the issue with 69.0.2 update, now the fix has caused regression and making file downloads to fail.