Exactly one year back Google has launched developer preview version of Chrome frame plug-in for Internet Explorer which brings HTML5 and rich, modern web apps to IE6,IE7 and IE8; on June 2010 beta version for it has been released. 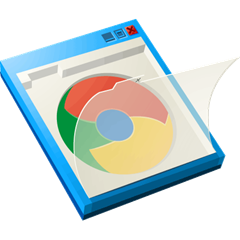 If you want to install Google Chrome Frame online you can download it from here.